It’s no surprise that everyday items like wallets, mobile phones, Kindles, and reading glasses are sometimes left behind by passengers on aircrafts. That’s why flight attendants and cleaners scour the empty cabin for neglected items after every single flight, passing them on to lost property depots where the owners can head to as soon as they realize they’re missing their items. But, as well as the predictable lost property, airline staff also make some astonishing discoveries that are sure to leave one scratching their head.

One of the most common items left behind by passengers are passports. Despite the fact that this is the number one item you need to exit the airport, an amazing number of travellers leave their passport behind, often tucked into the seat-back pocket. Most flyers realize within minutes they’ve left this vital document behind, and with luck, ground staff will be able to contact cabin crew or cleaners before the aircraft is locked. If the passport can’t be retrieved immediately, prepare for difficult conversations at immigration. Emergency documentation can be issued, but the process is likely to take some time.

Dentures are another item that flight attendants are mystified when they find left behind in the cabin. Who would ever think to leave their dentures on an airplane? Or how you could possibly not notice that your teeth are missing? But it happens more often than you’d think! A recent Skyscanner survey found that it’s not uncommon for people to forget their false teeth on their flight. It just goes to show that we’re all human and make mistakes!

There are many other items that passengers tend to forget on aircrafts. With the increasing use of technology, it’s not uncommon for passengers to forget their laptops and tablets on the seatback pocket or in the overhead bin. These devices can be very expensive and contain a lot of sensitive information, so it’s important for passengers to double-check that they have them before leaving the aircraft.

Jewelry is also known to end up in lost property depots. Rings, necklaces, bracelets are small and easy to lose or forget. They’re often left behind in seat-back pockets or on tray tables. Passengers also forget to take their jackets, scarfs, and hats, before leaving the aircraft. These items are usually left behind in the overhead bin or seat.

Most often than not, passengers are in a hurry to disembark the aircraft, that’s why sometimes they forget to take the food they brought with them or left over of in-flight meals. Same with the books. Many people like to read during their flight, but when it is time to disembark, it is not uncommon for them to forget the book or magazine they were reading.

A sensitive story developed in 1970’s when a British Airways crew member found a dossier of classified government information in a seat pocket of the first-class cabin. The documents belonged to a government minister who probably enjoyed a drink (or more) during his time onboard. Fortunately, the minister was still on the tarmac being greeted by local dignitaries when the discovery was made, and the BA employee was able to return the dossier.

In a shocking turn of events, a baby was left behind at an airport in 2019, causing the Malaysia-bound plane to turn back to Saudi Arabia. The incident caused a stir in the news and can only be imagined the horror and panic the mother must have felt when she realized her child was left behind. Thanks to quick action from the cabin crew and air traffic controllers, the mother was able to be reunited with her child. It serves as a reminder to double-check our belongings and be extra mindful when travelling with young children.

In conclusion, the list of items left behind by passengers is truly diverse, from the everyday to the bizarre. But as strange as some of these discoveries may seem, it’s important to remember that behind each one is a person who has likely experienced some level of distress or inconvenience. The next time you’re rushing to disembark an aircraft, take a moment to double-check that you have all your belongings with you, and avoid adding your own items to this list of oddities. 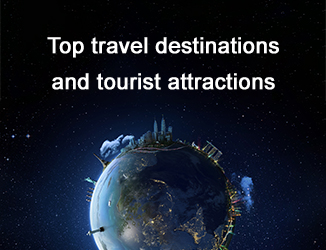